skip to main | skip to sidebar

Bon Odori, the Japanese equivalent to our Chinese ‘Cheng-Beng’ festival is a traditional custom to honor the spirits of departed ancestors. It’s kind of a family reunion holiday during which the Japanese Buddhists return to ancestral family places to visit and clean their ancestors' graves.

This is also when the spirits of ancestors are believed to be making their annual visits to the household altars ( since it's a family reunion ..so the late ah Kong, Ah Mah & Ah Ah Chor all must come back also lor! hehehe!)

I was first introduced to this wonderful Bon Odori event in Penang way back in the early 80’s when I got acquainted with an official of the Japanese Consulate here who verbally invited me to the event held at the Youth Park then.

At that time, the Bon Odori festival was mainly an all Japanese community affair....It was like all the Japanese families in were out there for a picnic in the sun.

The Bon Dances then were performed on the field at the Youth Park by a long single-file train of little Japanese children, all cutely dressed in their best yukatas looking so cute and impressive in their flawless dancing! (Oh gosh! come to think if it.. they should all be in the late 20's or early 30's by now!)

This annual event was later moved to the Botanical Gardens where the Bon Dances were performed by a small group of Japanese expatriate adults as well as members of the Japanese Graduates Society before it was finally adopted by the government as a state event and since held annually at the Esplanade Padang in a very much larger scale.

Apart from Christmas, this wonderful Bon Odori festival has always been my favorite event that I would not miss to bring my kids to ..(Well..err..at least until now when poor 9pek9bo dad is dumped for the preferred company of their friends instead..haizzz!)

So, instead of staying 'HOME-ALONE' and 'yak chiew' by myself, limpek went for the 'Full Moon' dinner of my nephew's first born and went to bed early missing this year's Bon Odori ..............

Needless to say, my photo-shooting crazy son, CharlesKey went on a cam-whoring spree at the fest and came back with some pics ...making me even more regretful for not being there..(haizzz again!) 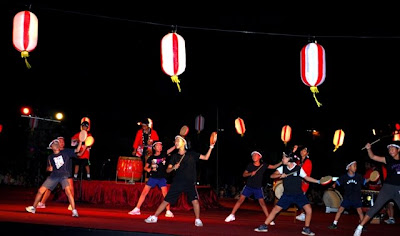 A Spectacular Bon odori drum performance on the center stage.... 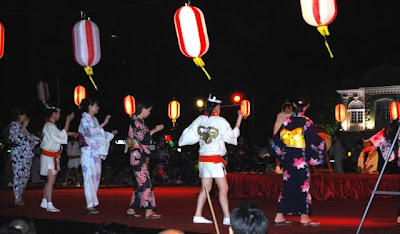 As before, one of the many 'Bon' Dances lead by a single file of dancers on stage
for revelers to imitate and follow the dance steps.

Charles told me that this year, there were too many photo hunters occupying the surrounding space of the stage that were meant for revelers to dance along ..thus unlike previously, the mass dancing was hardly successful this year even though it was not raining like it used to be all these years...what a waste! 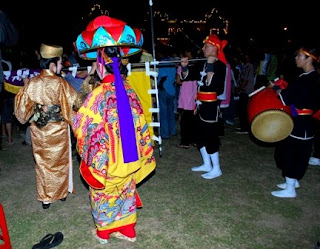 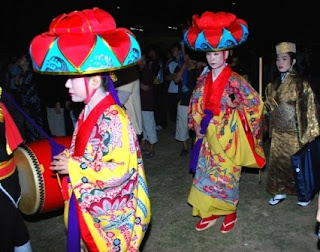 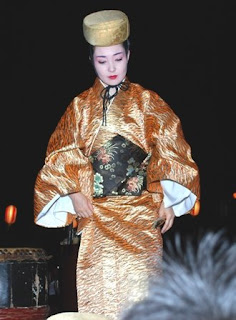 Hmmm... what a wonderful idea! Carrying a little pillow on your head ..
can go 'paklah-ing' comfortably anytime, anywhere you want..hehehe! 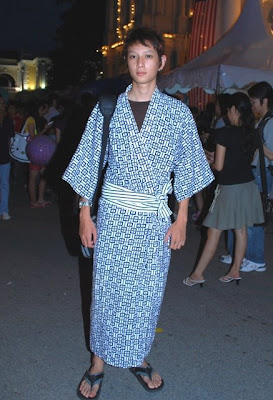 CharlesKey finally wore the Yukata I bought from Japan after hesitating for 3 donkey years..but alas! ..dad was not there to see! Was told that some SYT (Sweet young things) mistook him for a real Japanese teen and invited him for cam-whoring! Swt! 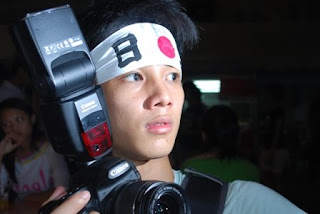 Adrian looking seriously pro with his Camera... or was he watching closely on Rbx? 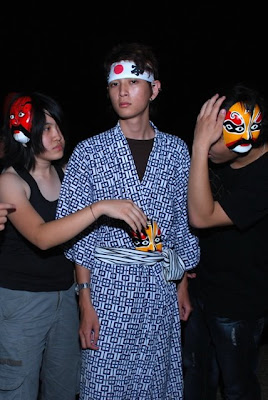 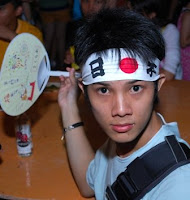 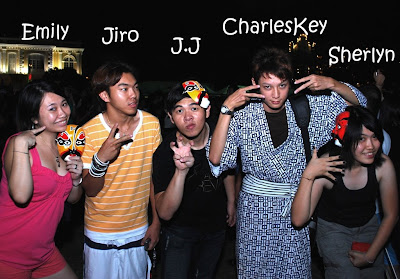 i didnt go oso.... I ask my fren to bought me a yugata from Japan.. I only wear it once for a photo shoot... I couldn't wear to bon odoori becos my fren tot i was very tall so she bought me the longer yugata...and i didn't alter it yet..

If got chance next year i will go with my yugata too..

Pls feel free to leave a word or two here but DO NOT abuse it as your BLOG ADVERTISING BOX!!!